The Medical Centre – Our Team

You are here:
Book a Doctor appointment Book a Blood Test or Vaccine

in 1974. Having interned at St. Finbarrs Hospital, Cork, he then travelled to Croydon in London and Doncaster Royal Infirmary, South Yorkshire for two and a half years, sitting his exams and receiving his Membership of the Royal College of Physicians (U.K.) in 1977. Dr Casey subsequently worked in Hospital posts in Paediatrics and Obstetrics and joined the Medical Centre, Mallow, Co. Cork, as a General Practitioner in January, 1979. Dr Casey has always had a great interest in Medical Education and since 1981 has been a Trainer in the University College Cork Training Scheme for young doctors embarking on a career in General Practice. He is also involved in Under Graduate Training with Final Year Medical Students from U.C.C. and for 20 years was responsible for the organisation and delivery of Post Graduate Medical Education for General Practitioners in the North Cork Area. Harry’s special clinical interests are paediatrics and prevention and management of Diabetes and Heart Disease in the community 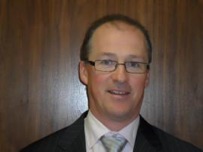 C in 1989.  He completed the Cork Vocational Training Scheme in General Practice in 1992 and obtained membership of both Irish College and Royal College of General Practitioners.  He joined the Medical Centre in 1997 and is now actively involved with Continuous Medical Education in North Cork and Vocational GP Training in UCC.  His area of interest include Minor Surgery, Travel Medicine, “Well Man” clinics, Under Graduate, Post Graduate and General Practice Education.

Dr Helen Barrow was educated in Stella Maris, Foynes, Co Limerick and graduated from UCC in 1989. She gradu 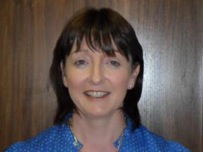 ated from the Cork Vocational Training Scheme in 1994 obtaining the MICGP and MRCGP qualifications.    Helen’s interests are Women’s Health, Child Health, Travel Vaccinations and Medical Education.  Helen joined The Medical Centre in 2001.  Her qualifications are MB, BCH, B.A.O, MICGP, MRCGP, Dip Therapy, Diploma in Child Health, Diploma in Obstetrics and Family Planning Cert.  Helen has recently completed a Masters in Medical Education with the ICGP and Queens University Belfast.  Helen is also an Undergraduate Medical Educator both at UCC and the MPHC.

Dr Marilyn O Keeffe graduated from UCC in 1996 with an MB BCH  BAO and BMED SC.  She has diplomas in Child Health, Obstetri 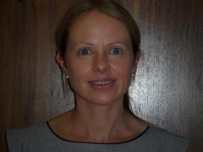 cs & Women’s Health & Clinical Psychiatry.  Marilyn completed her GP Vocational Training in Edinburgh and obtained her membership to the Royal College of General Practitioners in 2002.  She joined the Medical Centre in Mallow in 2002 and she has worked there since as a full time General Practitioner.  She has a special interest in Pregnancy and Women’s health and fits the Mirena and Implanon contraceptive devises.  She also has an interest in Children’s Health and Mental Health and does Travel Vaccinations.

The Medical Centre – Our Team